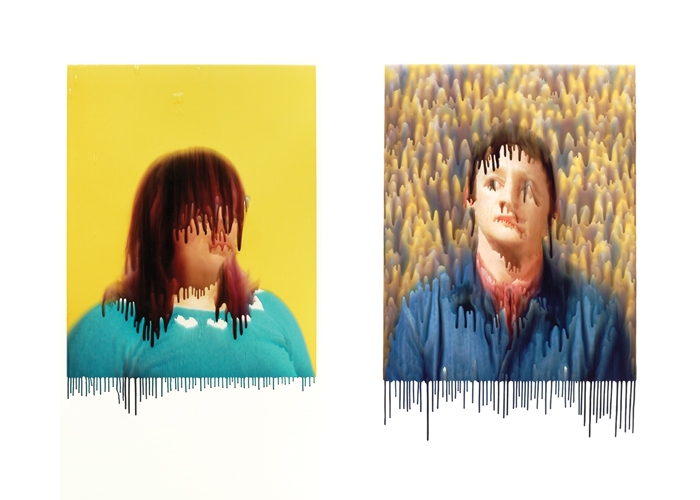 Surface Tension presents work by a group of current or former employees of Designtex (formerly known as Portland Color), a commercial imaging company that has been in operation in Maine since 1988. By repurposing manufacturing by-products, or using industrial technologies against the grain, these artists have created an array of projects that test the elasticity of both material properties and perception. Featuring work by Brian Cronin, Ben DeHaan, Karen Gelardi, Andrew Graham, Tonee Harbert, James Aaron Helms, Robert Hyde, Matthew Noterman, Scott Peterman, Petra Simmons, Irina Skornyakova, Eric Spalding and Jessie VanBenschoten.

“Things,” sociologist Bruno Latour has written, “do not exist without being full of people.” To this point, Latour describes an enigmatic German door key with teeth on both ends. Unique to Berlin, this doubled key is pushed entirely through the cylinder and turned so that the door must lock before the key can be retrieved on the other side. For Latour, such an inscrutable object offers insights into the technological manifestations of human relationships.

This exhibition operates in the spirit of the Berlin key. As artists who are employed by Designtex, a commercial imaging company based in Portland, these individuals have repurposed the equipment and materials at their disposal, realizing new possibilities and redefining their labor. Their installations channel the by-products and anarchic creative impulses that encircle the ambitions of industry. Like Latour’s key, this selection of works may “gladden the hearts of technologists” even as  it “causes nightmares for archaeologists.”

Just as doubling the familiar side of a key yields a less familiar object, these artists use excess to perceptually disorient us, calling properties and functions into question. Composed entirely of reclaimed manufacturing scraps, and intermingling craft and technology as they do, the contributions of Matt Noterman (Waste Not/Want Not) and Jesse VanBenschoten (Untitled) embody this ethic. When the ultraviolet light that cures ink is disconnected, Ben DeHaan’s portraits are invited to bleed. Discarded nozzle checks, which test a printer’s color, are reclaimed as units of pictorial structure in James Aaron Helms’s CMYK panels. In Robert Hyde’s Decompositions, photographs of television screens are blown up and printed on gatorfoam, with each pixel assuming an equivalent material identity. Even oriented vertically, these granular abstractions necessarily evoke surveillance imagery. And yet this series reminds us that the compulsive acquisition of data ultimately renders it incoherent.

In Ocular Transit, Irina Skornyakova and Petra Simmons amplify the vaulted architecture of the gallery, making its properties more pronounced even as this dynamic network obscures it. Likewise, Karen Gelardi’s Assembly explores the relay of information within a certain model of community. By massing and manipulating screened photographs of her work, she creates tension between the spatial and decorative character of her marks and tests our comprehension. A wall may read as surface, passage, and sheet of paper, begging questions about the very spaces of representation. Similar issues of credibility arise in Scott Peterman’s intervention (Untitled) and in Tonee Harbert’s installation, Ufology. At the center of Harbert’s project are his altered photographs of extraterrestrial figures produced by a rural Mainer. Harbert transforms these photographs into hybrid objects and installs them, in domestic fashion, upon wallpaper consisting of “real” but modified newspapers that he runs off on “new” newsprint.

These projects point to a history of objects, actions, and technologies that resist becoming part of the official record of our cultural production. With its combination of Victorian and retro-futuristic aesthetics, Brian Cronin and Eric Spalding’s  Dirigible for Remotely Operated Navigable Expositions has come unmoored in time. So named, this device suggests civilization doubling back on itself, in this case retrieving a technology that resonates in our present military crises. Or was it here all along? Hundreds of omniscient eyes adhered to the façade of the gallery (Andy Graham, Untitled) seem to possess insight into such extra-historical narratives. With their alternative visions, all of the artists represented in Surface Tension remind us just how inaccessible and illegible the world of things can be. 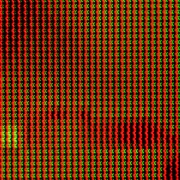 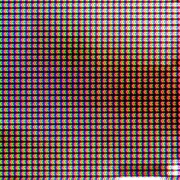 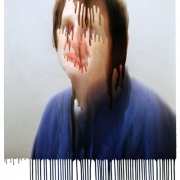