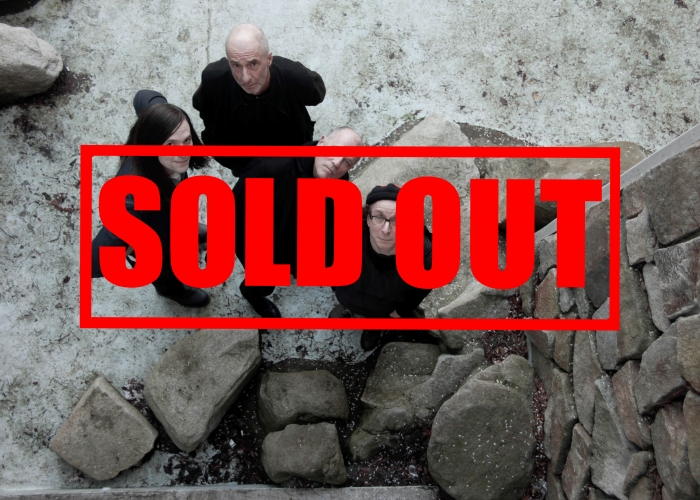 Right from their inception in 1976, back in the first stirrings of punk, Wire went about making music in a subversive, conceptual way, setting themselves apart from both their peers and their influences.

"I had this idea that I wanted to avoid things that had a particular kind of tradition," explains singer and guitarist Colin Newman. "I thought the three-chord trick was too simplistic and that the one-chord trick would be better. Or the two chord trick where the second chord is definitely not the right chord."

Bass guitarist and vocalist Graham Lewis identifies another trait that has run throughout the group's lifetime. "People said we were mysterious, arch and dark. But the only way of doing that successfully, is by also having a sense of humour. You have to have that balance. With Wire there's a peculiarity, a contrariness and that can be funny."

This questing approach has permeated Wire's songwriting, their onstage presentation, even the decision, back in the 80s, for Robert Grey to strip his drumkit down to just bass drum, snare and hi-hat. And it has served them well in guarding against repetition and cliché.

Silver/Lead is the 15th studio album from Wire. It arrives on the 40th anniversary of their debut performance. Yet it's about as far from nostalgia as you could get. This is the sound of a uniquely addictive 21st century psychedelic post punk.

Colin Newman and Matt Simms' guitar work is alternately jagged and luminous, whilst bassist Graham Lewis' ear-catching lyrics are vivid yet oblique. Meanwhile, drummer Robert Grey provides a virtual masterclass in percussive minimalism. But it's how the various instruments mesh together which really counts. And Newman's production creates a sonic space in which even the smallest gesture is accorded some recognition.

Highlights include the optimistic dazzle of "Diamonds In Cups," which has an almost T-rex style buzz and chug and the moody swing of "This Time." Elsewhere on the musical spectrum, there's the menacing widescreen grandeur of "Playing Harp for the Fishes" and the breakneck paced guitar pop of "Short Elevated Period."

Wire are one of the world's most ground breaking bands, their influence acknowledged by bands as diverse as Blur, Sonic Youth, R.E.M. and Savages. But they have never been interested in exploiting past glories. For Wire, there is only ever one possible direction; forward. So it's perhaps not surprising that over recent years, they've played strings of sold out shows, achieved career best record sales and been cited as a strong influence by yet another generation of bands.

Wire's last three albums have garnered nothing but rave reviews. From 2013's strangely beautiful Change Becomes Us ("It's fantastic." - Pitchfork) to the crackling motorik of 2015's Wire ("It's all really well turned, potent and crisp." - The Guardian) and last year's punchy mini album Nocturnal Koreans ("It's a cracker and sounds defiantly modern." - The Quietus).

Opening up the evening and making their return to SPACE is mighty Minibeast. The brainchild of Peter Prescott (Mission of Burma, Volcano Suns), the all-powerful power trio is a genre-bending, largely instrumental, soundscape-experience that mixes elements of surf, psych, punk, easy-listening, 60’s children’s music, and soundtrack music.