Vagabon with Nnamdi Ogbonnaya and Greef

Vagabon with Nnamdi Ogbonnaya and Greef 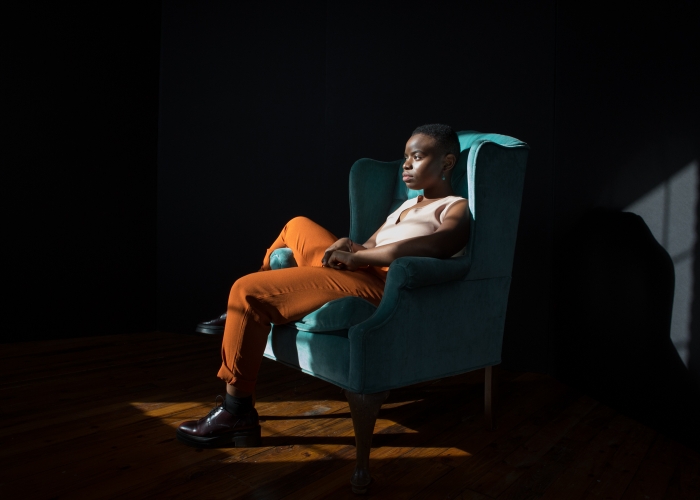 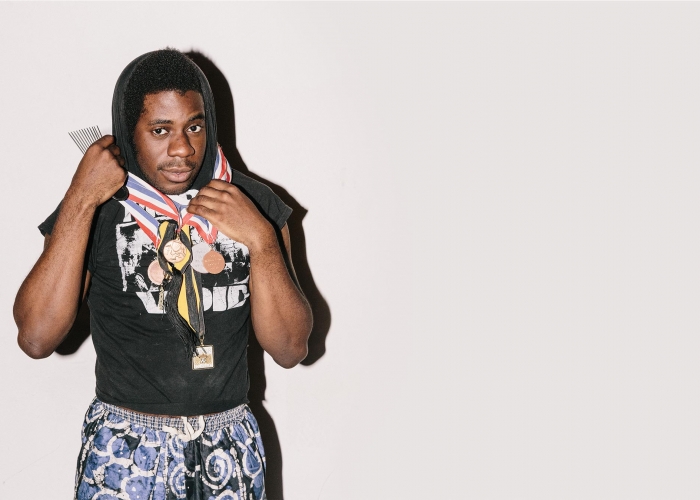 Within the songs of Vagabon's Laetitia Tamko there are infinite worlds: emotional spaces that grow wider with time, songs within songs that reveal themselves on each listen. Tamko is a multi-instrumentalist and a producer, recording since 2014 as Vagabon. On her debut, Infinite Worlds, she hones her singular voice and vision with an unprecedented clarity. Infinite Worlds builds upon Tamko’s stripped-down demos that have been circulating online and throughout the independent music community for the past two years. Her Persian Garden cassette, released in 2014 via Miscreant Records, was a lo-fi collection where she embraced a first-thought best-thought approach, making songs that began with just her voice and guitar. But here, Tamko is a main performer of synths, keyboard, guitars, and drums, at times enlisting the work of session studio musicians.

Tamko’s songs are embedded with her own story and personal history: growing up in Cameroon, her family’s move to New York and adjusting to culture shock. Infinite Worlds was recorded at Salvation Recording Co. in New Paltz, NY with engineer and co-producer Chris Daly. Tamko and Daly worked closely and tirelessly in his upstate NY studio through the winter into the spring of 2016. The album’s title references a book of poetry by Dana Ward called The Crisis of Infinite Worlds, a book Tamko found particularly inspiring during her recording process.

Nnamdi Ogbonnaya is a multi-instrumentalist composer, producer, and performer from Chicago. He plays a variety of roles in numerous projects that span genres and has toured extensively with bands in the U.S.A., Mexico, Canada, and Europe. He releases solo music under his own name, and often performs as Nnamdi's Sooper Dooper Secret Side Project. His music combines hip-hop, math rock, gospel, and jazz, and is often delivered with a sense of satire that can be just as critical as it is humorous. Nnamdi’s lyrical insights draw on the diversity of his cultural experience as a Black, Jewish, first generation Nigerian-American.

Nnamdi reads and writes music fluently, and relies on those skills as part of his dedicated creative process. His work is characterized by the coupling of sophisticated compositional structures with pop-music motifs. His live performances are characterized by ever evolving arrangements, which can take the form of an intimate solo exhibition or a 15-piece orchestral presentation.

Opening the evening will be Portland maestro of warbing tapes and busted guitars, Greef.