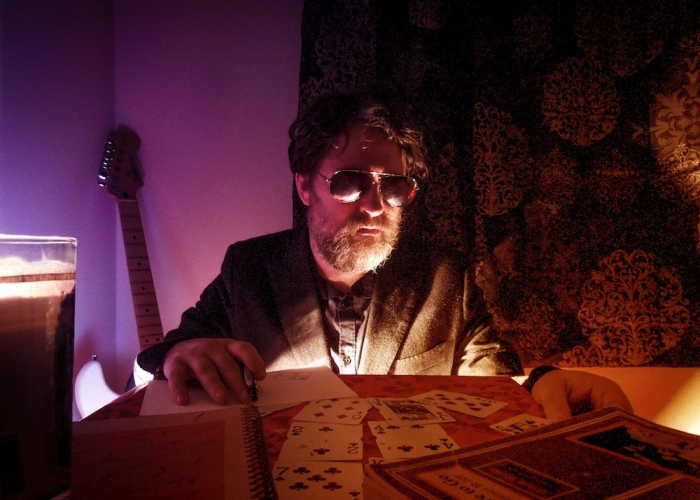 SPACE is proud to present a rare Maine appearance by psych-folk visionary Six Organs of Admittance, as part of our annex installation, Trail Off. Started as a solo outlet of Comets on Fire's Ben Chasny in 1998, Six Organs has released 16 full-length albums, ranging in styles from lilting, transcendent ragas to wildly impassioned free improv and noise. He's known world-wide for his long-running relationship with the enigmatic Drag City label and his altogether unique, enduring, and uncompromising musical career. Six Organs also appeared on Devandra Banhart's essential The Golden Apples of the Sun compilation alongside other new folk paragons such as Joanna Newsom, Vashti Bunyan, Antony, CocoRosie, Vetiver, and Josephine Foster.

In 2015, Six Organs released two records, Hexadic I and II, which feature an entirely original music-composition system that utilizes playing cards to break guitarists out of habitual approaches and into unfamiliar tonal and even lyrical worlds. Chasny has published an accompanying book, which delves deeply into the system's intention to provoke the unconscious and spring past the strictures and limits of the conscious mind. He will be presenting his Hexadic system in a free public workshop at SPACE on February 20th. More information on that event here. 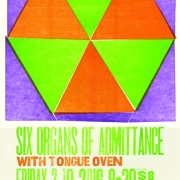 Ben Chasny of Six Organs of Admittance will demonstrate the basic principles and methods of his Hexadic System, an entirely original music-composition system that utilizes playing cards to break guitarists out of habitual approaches and into unfamiliar tonal worlds. Participants will learn unique composing ...