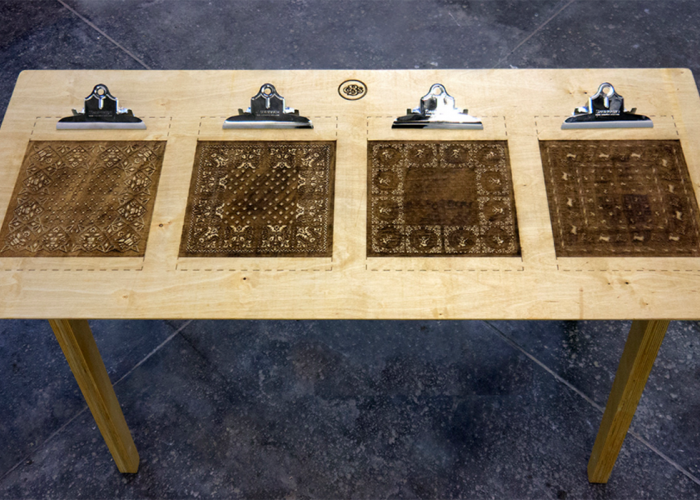 In conjunction with his window installation, Bohemian Showroom, Oregon-based artist Noah Breuer will give an artist talk and lead a participatory rubbing workshop in Pickwick Independent Press on Wednesday, June 20th during their monthy members event, which takes place from 5pm - 8pm. Noah's workshop and talk will begin at 6pm.

Visitors will be invited to collaborate with Noah and produce new artworks inspired by the Carl Breuer & Sons (CB&S) designs.  Visitors will make wax rubbings from laser-engraved table tops. Utilizing a variety of CB&S designs, participants will together reanimate the assembly-line-style production of the original factory, and imbue it with improvisation and play.

In 1939, the CB&S company was lost as a result of a forced sale to Nazi Party members. Some of the Breuer family fled Europe, and those who remained were killed.

In 2016, after accessing a cache of CB&S material housed at the Czech Textile Museum in Česká Skalice, Noah used the swatch books and printed textiles he found there as a nucleus of primary source material and embarked on a reclamation project. The prints and textiles on view at SPACE evince his formal interest in manipulating decorative motifs, his dedication to the craft of printmaking, and his long-standing inquiry into the rhetorics of communication through print media.

Noah Breuer is an American artist and printmaker.

He holds a BFA in Printmaking from the Rhode Island School of Design, and an MFA from Columbia University. He also earned a graduate research certificate in traditional woodblock printmaking and paper-making from Kyoto Seika University in Japan.

Noah’s work has had solo exhibitions at Zughaus Gallery in Berkeley, CA and Left Field Gallery in San Luis Obispo, CA. He has been included in numerous group exhibitions in galleries and museums locally and internationally. His work is in the permanent collections of the Whitney Museum of American Art, Watson Library at the Metropolitan Museum of Art, the Brooklyn Museum of Art and the Victoria & Albert Museum as well as numerous private collections.

Currently, Noah works as a Visiting Professor of Printmaking at the University of Oregon.

Pickwick Independent Press is a fine art printmaking shop in the heart of the arts district of downtown Portland, Maine. The press is located on the second floor of SPACE Studios, and hosts a community of 35 professional artists. 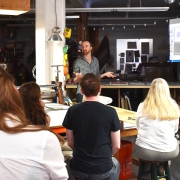 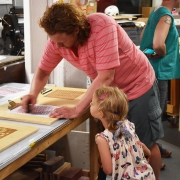