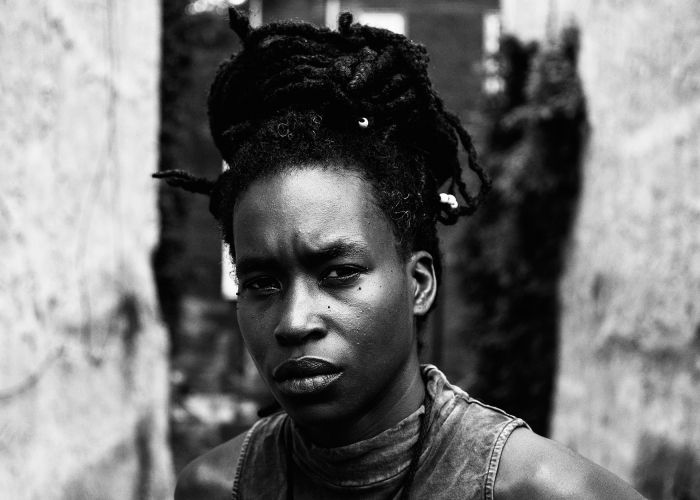 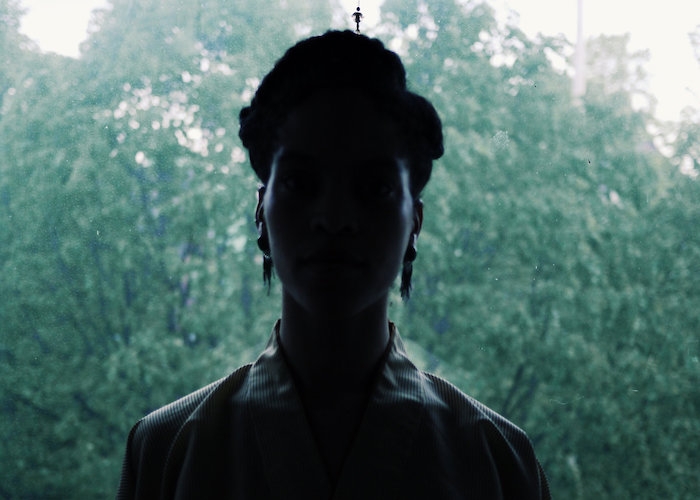 Camae Ayewa (Moor Mother) is a musician, poet, visual artist, and workshop facilitator, and has performed at numerous festivals, colleges, g​alleries, and museums around the world, sharing the stage with King Britt, Roscoe Mitchell, Claudia Rankine, Bell Hooks, and more.

In late 2016, she released her debut album Fetish Bones on Don Giovanni records to critical acclaim. Fetish Bones was named 3rd best album of the year by The Wire Magazine, number 1 by Jazz Right Now and appeared on numerous end of the year list from Pitchfork, Noisy, Rolling Stone, and Spin Magazine. She has since released The Motionless Present commissioned by CTM x Vinyl Factory 2017, as well as fronted the groups Irreversible Entanglements and Moor Jewelry and 700bliss. Thanks to her unstoppable energy, she has recently performed at a host of vital festivals including Borealis, CTM, Le Guess Who?, Unsound, Flow, Rewire and Donau.

"Her music is deliberately raw and unfiltered, like human feelings" — FADER

"Hip-hop powerhouse Moor Mother fought her way out of the projects – and is now using poetry, music and ‘DIY time travel’ to build a better future for black America" –– The Guardian

"Moor Mother might be the most radical – even the most useful – Afrofuturist artist to emerge for years. Fetish Bones works not just as an atlas and an archive but as a mausoleum, housing the bones of those who have fallen along a bloody trail stretching all the way back to 1886" — The Wire

"Fetish Bones is her masterclass on creating a sensory experience that interrogates your complicity, pushing you through a door that sends you hurtling through time" — Pitchfork

Achene is a core member of the Biddeford-based Soul Folks Records / Ruby Yacht Makers Guild family. She breaths a distinctive meditative quality into her electro-acoustic songsmithing, recalling the sounds of paragons of the pop avant-garde such as Sade, Grouper, and Julianna Barwick, as she effortlessly weaves collage, minimal synth, folk, noise, and r&b.