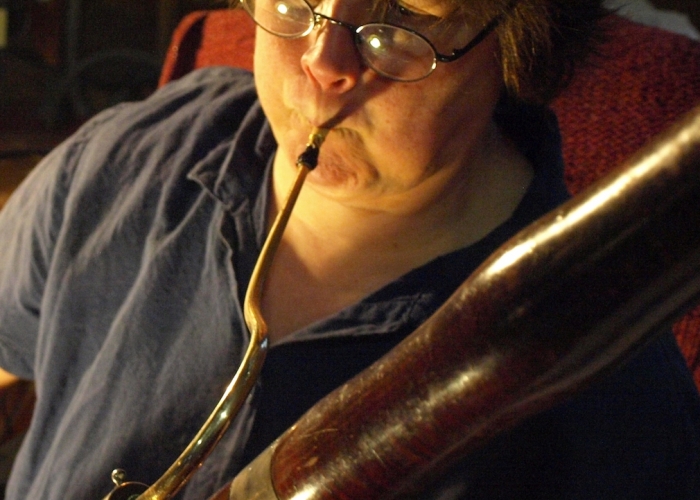 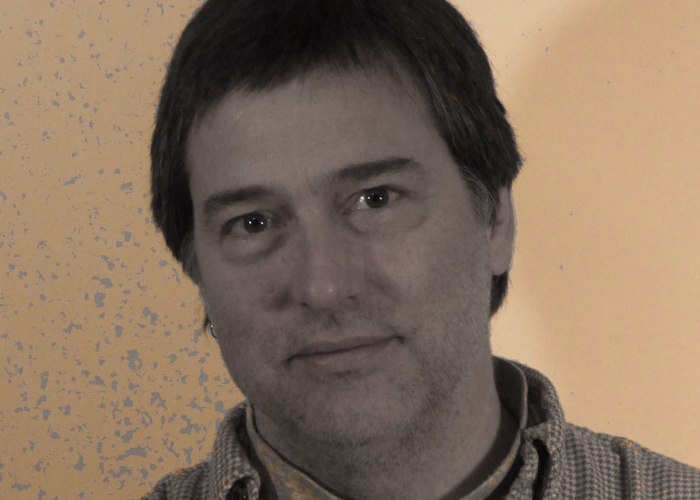 Aldrich and Ross are prominent members of the Maine contemporary music community with over 60 years of composing and performing between them. This concert will include structured and improvised pieces both as solos and duets. Ross is known for her use of multiphonic techniques and digital processing that explores the relationship between timbre and pitch. Aldrich primarily performs using an array of field recordings which are abstracted in real time.

With a background in classical music and early performance practice Leslie Ross took a plunge into the free improv scene of downtown NYC in the mid 80’s, and has immersed herself in experimental music ever since. Her connected, parallel, work as baroque bassoon builder also opened up into explorations of invented instruments and sound installations at the same time. She has presented solo acoustic and electro-acoustic programs with laptops or electronics, played and toured with numerous other improving musicians, and has shown her sound installations and constructed instruments throughout Europe and the US. Among other places her performances and works have been seen in NYC at Dance Space Project, PS 122, Jack Tilton Gallery, Lincoln Center Summer Stage, DIA, Roulette, Experimental Intermedia and Issue Project Room; and in Europe at Het Apolohuis and De Ijsbreker (Holland), LOGOS Foundation (Belgium), Rote Fabrik (Switzerland). Ross’s explorations of multiphonics (freely available as a practical pedagogical analysis on her website) and the subtle tonal changes made when playing with resonance keys is what brought her to the current multiple microphone set-up, and is used on her new CD, drop by drop, suddenly. In June 2014 she relocated music studio, workshop and living quarters to an old canning factory in rural Maine, where she also now houses The Cannery at South Penobscot, a performance and sound installation venue and residency program.

N.B. Aldrich is a New Media artist, musician and educator residing in Sedgwick, Maine, USA, who creates installation, video, performance and acousmatic art. He is an Adjunct Assistant Professor at the University of Maine in New Media and Intermedia. Currently the work focuses on collecting, refining and redistributing information, both aesthetic and practical, across varying mediums. In the process, the methods and metaphors of the “information age” become instruments of their own critique. He has had work shown internationally at such venues as Artists Space, Engine 27, Art Interactive, the Casoria Contemporary Art Museum, the Festival de Arte Sonore, Hipersonica Festival, The National Museum of Singapore, the Optica Festival, Dance Theatre Workshop, Bates College Museum of Art and many others. He has interviewed and written about Sound Art and sound artists such as Chris Mann and Stephen Vitiello, and has taught Music, Electronic Music, Electronic Art and Installation Art courses at Bennington College, Rockport College and the University of New Hampshire and is currently on the faculty of the Intermedia MFA Program at the University of Maine at Orono.