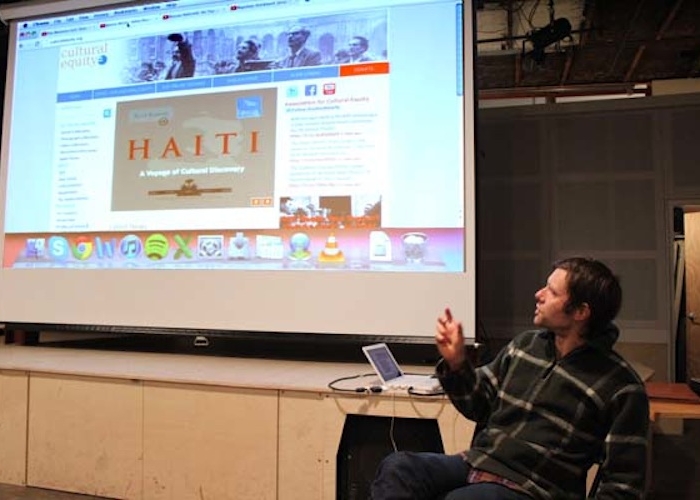 Nathan Salsburg is the Curator of the Alan Lomax Archive. the repository of the renowned folklorist's life's work. Lomax spent seven decades researching and promoting unrecorded and under-recognized music, dance, and oral traditions. He is widely known for his documentation of American vernacular music, recorded "in the field" on behalf of the Library of Congress; he made the first recordings of Muddy Waters, Lead Belly, and Woody Guthrie, in addition to dozens of lesser known but equally gifted folk artists. After his Library tenure, he undertook extensive field-recording trips to Ireland, England, Scotland, Italy, Spain, Morocco, the Eastern Caribbean, and several more trips through the American South. In the 1970s Lomax became a tireless advocate of the notion of "cultural equity." In 1972 UNESCO published his influential “Appeal for Cultural Equity,” which argued the right of every culture to safeguard, express, and develop its artistic and expressive heritage.

In 1983 Alan Lomax founded the not-for-profit Association for Cultural Equity; after his retirement in 1996, his daughter, Anna Lomax Wood, undertook the preservation and dissemination of his legacy under the auspices of the Alan Lomax Archive. In 2004 the American Folklife Center of the Library of Congress and the Archive/ACE forged a unique partnership, by which the Library acquired Lomax's original collections and ACE put them into wide circulation.

Nathan curates both physical publications and digital presentations for ACE, managing its Online Archive, which consists of over 17,000 streaming audio tracks recorded by Lomax between 1946 and 1991, and its YouTube channel. He's also a guitarist, you may have seen him on NPR's Tiny Desk Concert. He recently compiled and produced a box set of pre-war 78-rpm country music records titled Work Hard, Play Hard, Pray Hard : Hard Time, Good Time & End Time Music : 1923-1936 on Thompson Square Records.

This event is open to INSIGHT members. For more information on our INSIGHT program, please click here.