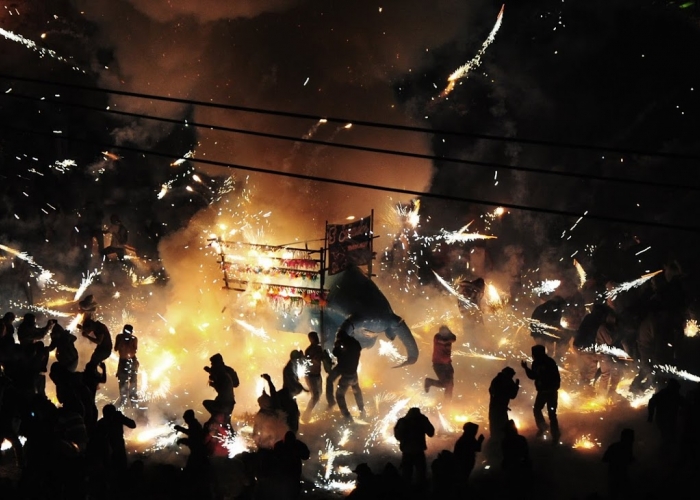 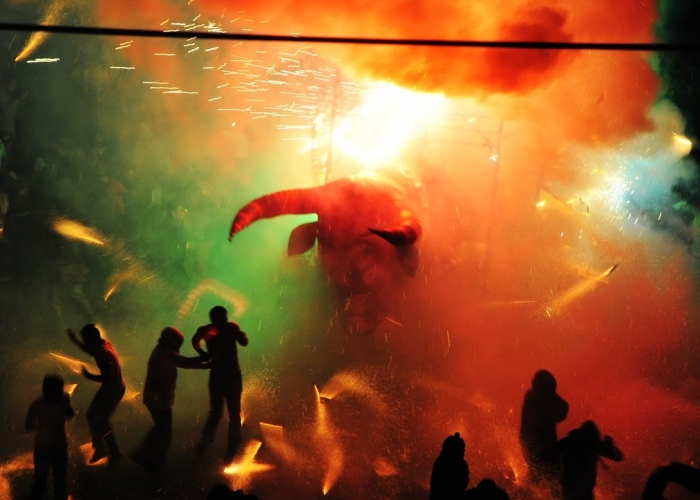 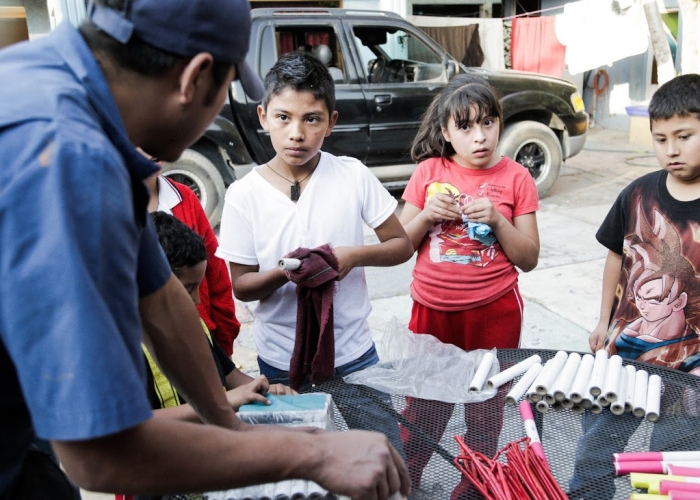 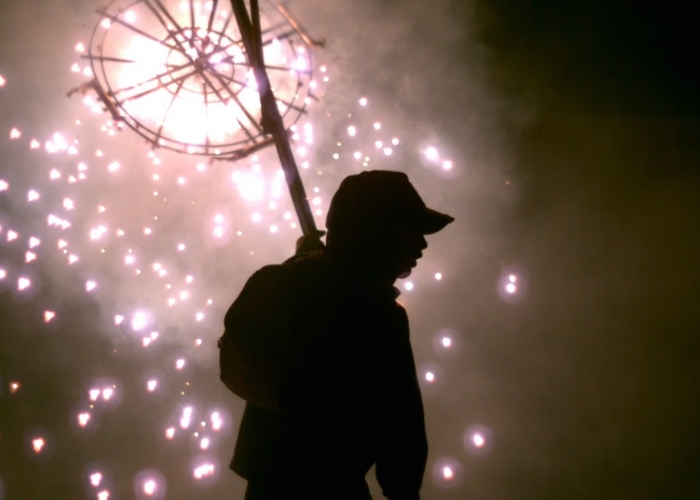 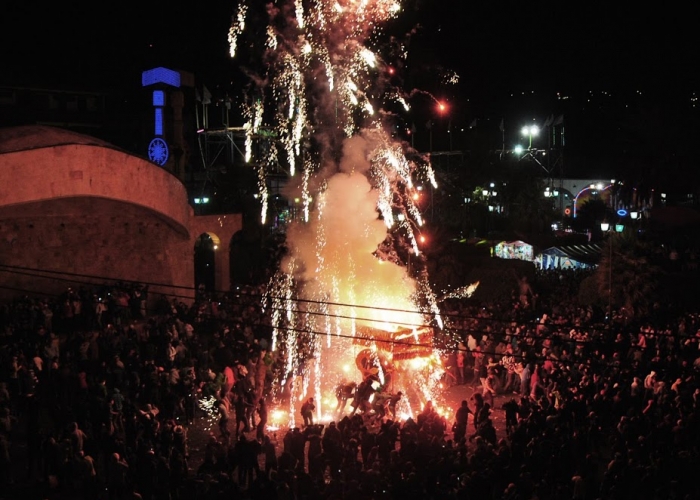 The National Pyrotechnic Festival in Tultepec, Mexico is a site of festivity unlike any other in the world. In celebration of San Juan de Dios, patron saint of firework makers, conflagrant revelry engulfs the town for ten days. Artisans show off their technical virtuosity, up-and-comers create their own rowdy, lo-fi combustibles, and dozens of teams build larger-than- life papier-mâché bulls to parade into the town square, adorned with fireworks that blow up in all directions. More than three quarters of Tultepec’s residents work in pyrotechnics, making the festival more than revelry for revelry’s sake. It is a celebration that anchors a way of life built around a generations-old, homegrown business of making fireworks by hand. For the people of Tultepec, the National Pyrotechnic Festival is explosive celebration, unrestrained delight and real peril. Plunging headlong into the fire, BRIMSTONE & GLORY honors the spirit of Tultepec’s community and celebrates celebration itself.

Edited by Affonso Gonçalves and scored by Dan Romer and Benh Zeitlin, the creative team of BEASTS OF THE SOUTHERN WILD.

The film will be followed by a conversation with SPACE artist-in-residence JUSTIN FAVELA discussing how the film and the complex history of fireworks in Mexico influenced his installation Pólvora at SPACE.

Justin Favela is a Las Vegas native working in the mediums of painting, sculpture, and performance. His work draws from art history, popular culture and his Guatemalan/Mexican heritage.

This event is a collaboration with POV, PBS' award-winning nonfiction film series.