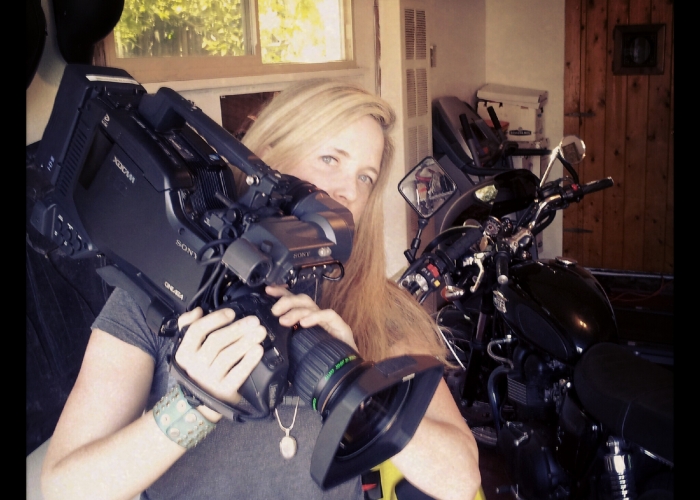 SPACE Gallery is pleased to present a short screening and artist talk by 2018 Artist-in-Residence, Mitch McCabe.

While in residence at SPACE, McCabe will be working on a series of new films currently titled Pre-War Surveillance Notes, whose sourse material is culled from 20 years of filming across America. In discussing her current body of work, the filmmaker will screen clips of previous films with themes ranging from sexual identity, consumerism, grief and class to the failings of taxonomy.

Mitch McCabe is an educator and award-winning filmmaker whose work spans narrative and documentary film -- and the many areas in between.

Her short films Playing the Part, September 5:10PM, Highway 403, Mile 39, and To Whom It May Concern, have screened at over a hundred festivals including Sundance, New Directors/ New Films, and New York Film Festival.

Her narrative feature, This Corrosion, premiered at the Norwegian Film Festival, Maryland Film Festival and Anthlogy Film Archive in New York, as well as several underground festivals. Her HBO documentary, Youth Knows No Pain, screened at IFDA, Lincoln Center, and AFI Silverdocs, among others.

McCabe's work has been supported by the MacDowell Colony Yaddo, the Jerome Foundation, New York State Council on the Arts, Princess Grace Foundation, LEF Foundation, iPark Foundation, Djerassi, SPACE and NYSCA. She joins the faculty of SUNY-Purchase College in fall 2018.

She received her BA in visual and Environmental studies from Harvard College and her MFA from New York University.