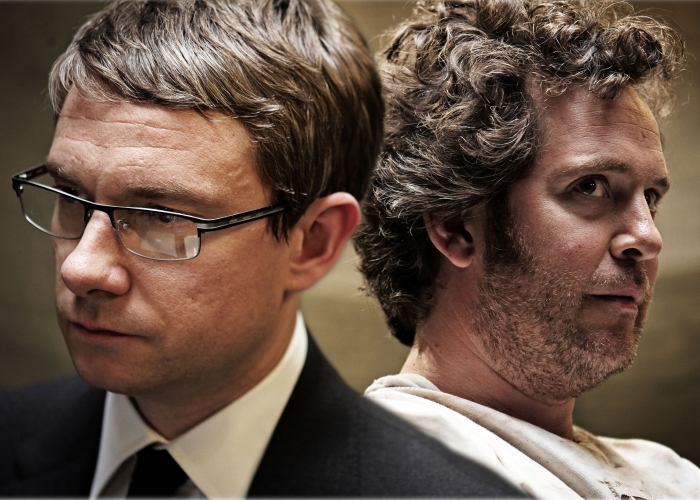 ·   Helium (Anders Walter and Kim Magnusson, Denmark/Danish, 23 min.) - A dying boy finds comfort in the tales of a magical land called HELIUM, told to him by the hospital janitor.

·   The Voorman Problem (Mark Gill and Baldwin Li, UK/English, 13 min.) - A psychiatrist is called to a prison to examine an inmate named Voorman, who is convinced he is a god. Starring Martin Freeman.

·   Avant Que De Tout Perdre / Just Before Losing Everything (Xavier Legrand and Alexandre Gavras, France/French, 30 min.) - Miriam has left her abusive husband and taken refuge with her children in the local supermarket where she works.

·   Aquel No Era Yo / That wasn’t Me (Esteban Crespo, Spain/Spanish, 24 min.) - Paula, a Spanish aid worker, has an encounter with an African child soldier named Kaney.

·   Do I Have to Take Care of Everything (Selma Vilhunen and Kirsikka Saari, Finland/Finnish, 7 min.) - Sini tries frantically to get her family ready to leave for a wedding, but her husband and two children are interfering with her efforts.